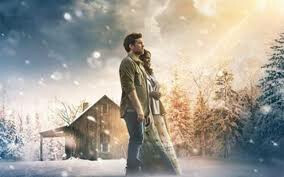 “The Shack” was a worldwide bestselling book that has recently been released as a major motion picture. It grossed over 16 million dollars on its opening weekend. The story centers on Mack, a man grieving over loss who comes to encounter God in all three persons (Father, Son, and Holy Spirit) at different points throughout the film.

This post is not meant to be an outright condemnation of you reading this if you have seen the movie, plan to go see the movie, and enjoyed parts of the movie. As pastors, we want to lead you to think well about what any book or movie is trying to teach us. “The Shack” is absolutely trying to teach you and I something about God, truth, and the gospel.

If you are on the fence about going to see the film, or read the book, here are three reasons to proceed with caution.

The book, and the movie, teach what is called universal salvation. This means that the author of the book believes that all of humanity will be saved, and there will be no punishment or separation from God in hell at one’s death, regardless of what they believed about Christ.

This is dangerous and unbiblical. Scripture is clear that there is one way to heaven, through a relationship with Jesus Christ (John 14:6). Scripture is also clear that without repenting of our sin and trusting Christ, then we are dead in our sin (Ephesians 2:1) and will spend eternity separated from God in hell, a place of eternal torment (Matthew 10:28, 25:46, 2 Thessalonians 1:9, Revelation 21:8).

The book and the movie are also a potential stumbling block to unbelievers. Much of what the book teaches is out of step with biblical, evangelical Christianity; so much so that even unbelievers notice it. Some are even wondering if the acceptance for “The Shack” among so many groups of Christians means that Christians are changing their views.

Writing in The Chronicle of Higher Education, Professor Timothy Beal of Case Western University argues that the popularity of The Shack suggests that evangelicals might be shifting their theology. He cites the “nonbiblical metaphorical models of God” in the book, as well as its “nonhierarchical” model of the Trinity and, most importantly, “its theology of universal salvation.”

Now, the second commandment is primarily concerned with worship of a false image, a false god. The commandment does state, though, that there should never be any carved image or likeness of any kind of anything in heaven, which would obviously be God. God and the Holy Spirit are both portrayed by physical representations in the film, which would seem to be a clear violation of the second commandment. There is more discussion about the person of Jesus, because while fully God, also did become fully man at the incarnation. God and the Holy Spirit however, are spirit beings and the second commandment expressly forbids any likeness of them. This would almost certainly include a human likeness - a sinful human cannot remotely begin to portray an infinitely holy and good God.

TRYING TO TEACH YOU SOMETHING

“The Shack” is not just a Hollywood, feel-good story made to sell tickets and make money. It is the thoughts and beliefs of the author, William P. Young, put into a story form. We know this because he has written another book, titled, “Lies We Believe About God.” The book is a series of 28 “lies” (from his point of view) that Christians believe about God that he is seeking to correct. Below is a list of a few of these “lies”:

This is a small picture but should help one to see that “The Shack” is written by a man that believes radically different things about core doctrines of the Christian faith than Christians have for thousands of years.

This is a call to think well and have good discernment, led by the Spirit of God indwelling believers, about what we watch and the truth we gather from it. The Bereans are praised in Acts 17:11, because “they received the word with all eagerness, examining the Scriptures daily to see if these things were so.” The Bereans weren’t simply relying on what others told them about Christ and about truth, but with all eagerness were going to the Scriptures themselves to find truth, and comparing that with what they were hearing. So, let’s think well about what we are watching and what it is telling us about what is true.